The 10 forgotten stickers of soccer USA 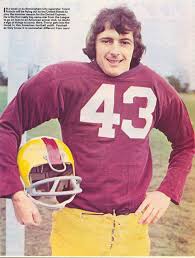 Of hustlers and mercenaries, sloppy bellies, impossible cowboy hats for the imported German titan on duty and worn winks looking at the camera. The period from 1967 to 1984 was for United States football a time of resounding foreign signings. They know Pelé and Cruyff, they know about Chinaglia pistol at the ready or Neeskens' latest gallops, but what about the forgotten stickers of US soccer?

The thing, with photos courtesy of nasljerseys ,  starts with Trevor Francis , a million-pound man  who played 38 games without shoulder pads and scored 39 goals for the Detroit Express between 78 and 79.

4. Bruce Grobbelaar (Zimbabwe) Vancouver Whitecaps. 1979 and 1980. 26 games, 35 goals against and the best nickname of the racist-undercover subgenre in the world.

8. Julio César Romero 'Romerito'  (Paraguay) New York Cosmos. From 1980 to 1982. 88 games, 28 goals and, we imagine, from what we have seen, an irrepressible flow of magic every time he played against Cruyff.

9. Bobby Moore (England) San Antonio Thunder in 1976 and Seattle Sounders in 1978. 32 games, 1 goal, tons of class in dress and no movies shot with Stallone.

10. Klaus Toppmöller (Germany) Dallas Tornado. 1980. What do statistics matter when there is style?