Seven rare collections you can start this September 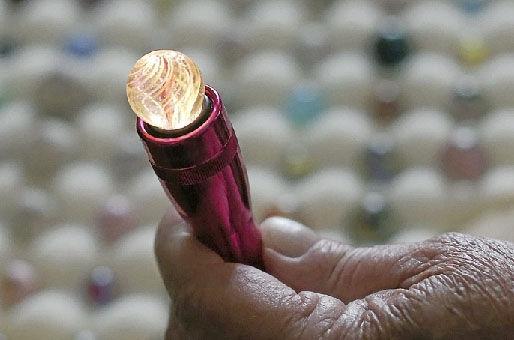 Every September television fills with advertisements for collectibles. The beginning of the course is the best time to decide to get encyclopedias by fascicles, models sold by parts or a careful selection of DVDs. With determination, interest and certain doses of mental instability one can manage to be the owner of a collection as eccentric as one of the ones we show below.

This summer we have discovered that we can become mermaids and mermen by taking a training course in Tarragona . However, there are people who prefer to collect mermaid tails. Eric Ducharme is a twenty-something American who lives obsessed with them. Not only does he collect latex reproductions of this mythological physiognomy, he also dons them and dives in the waters of Florida. A television program on the TLC channel has baptized Ducharme as Merman (Mermaid Man, the mermaid man). Although eccentric, the guy is smart and has set up a company that makes them and then sells them online.

2. Lint Of The Belly

Graham Baker decided thirty years ago to collect the navel fluff. Since then, this Australian has piled them up in glass vases with a curious and colorful decorative effect. In addition, the man has a blog where he comments on the origin of this collection . It all started on a rainy afternoon in a Brisbane youth hostel without much to do… and this is the result.

Collecting PEZ candy dispensers is a classic, but few take the time and desire to take advantage of the whole world of possibilities that these children's sweets can offer. A resident of Basauri, in Vizcaya, shows his huge collection of characters turned into PEZ toys on Basque television.

Becky Martz has managed to create a network of banana label collectors , who exchange the sticker of the fruits as if they were stamps. They have an online chat every Sunday. In total, it has so far 14,612 units. He has it so mastered that he has already switched to broccoli.

Do you remember that the Pokemon slogan was “Get them all”? A woman took it literally and has EVERYTHING related to the Japanese animation series. To the point of being part of the Guinness Book of Records as the holder of the largest collection related to Pikatchu and his friends. The "artistic" name of this woman is Pikabellechu.

Another everyday object to collect that, in addition, can be a good example of creativity and good design are the sugar envelopes from cafes and restaurants. This hobby also has its own website , separated by themes (famous women, hotels in the world, presidents of the United States ...).

In this sequence of images that the user Dieter has posted on his Flickr account, he proudly shows the selection of hundreds of cutlery from all types of airlines, from AirEuropa to Cathay Pacific. Others prefer to focus on the paper bags for possible dizziness.